The Elisabeth Kubler-Ross Change Curve has come to be widely accepted as a model for the stages of change. It provides a useful perspective that is helpful in identifying where people are on their change journey.

This post explains the Kubler-Ross Change Model, explores its foundation, identifies strengths of the model, and identifies how strategists and project managers can apply it in practice.

What Is the Kubler-Ross Change Model? 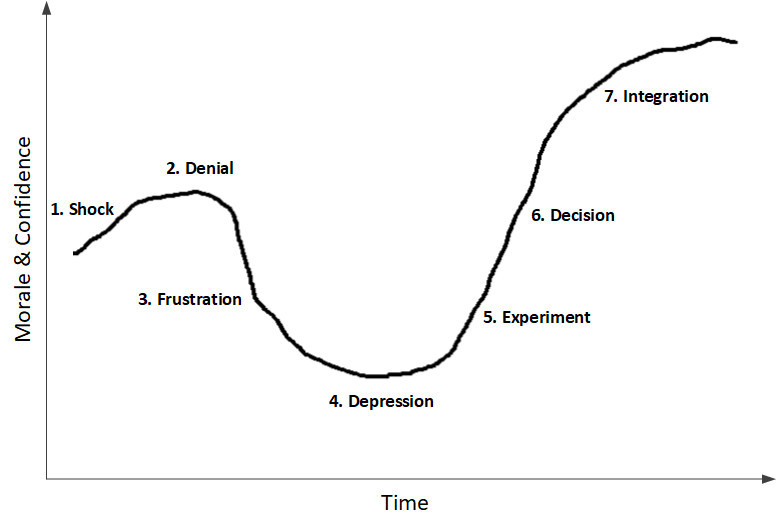 The Kubler-Ross Change Model, also known as the Change Curve, provides a mind-expanding perspective on what people go through in the process of any change.  Elisabeth Kubler-Ross goes deep into the meaning of grief in “On Grief and Grieving: Finding the Meaning of Grief Through the Five Stages of Loss“.

Here are descriptions of each phase – which you may recognize from personal experience:

It is notable that Stages 1 through 4 are totally emotional, where Stages 5 through 7 are very rational. The strategy for managing through these stages is driven by the need to either handle emotions or appeal to rationality.

These 7 stages of the Kubler-Ross Change Curve gradually came to be accepted as a valid approach to any process of change, including in large organizations. However, the change curve model was derived from an original 5-stage model.

Roots of the Curve: Elisabeth Kubler-Ross 5 Stages of Grief 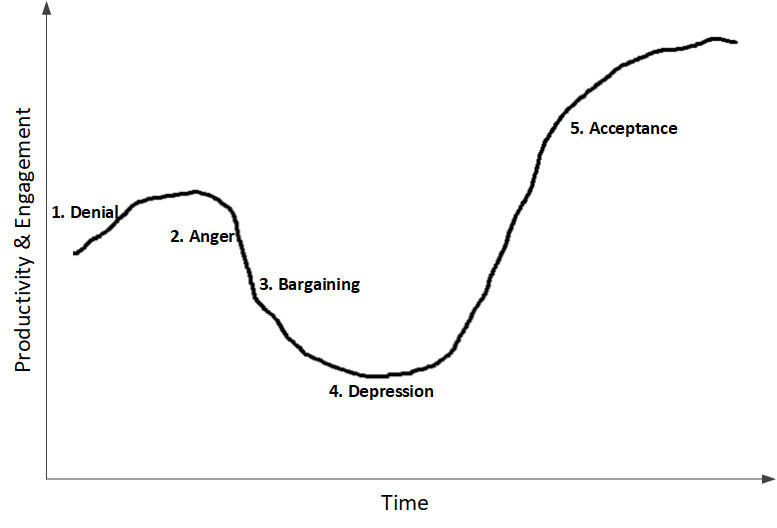 Elisabeth Kubler-Ross wrote “On Death and Dying” in 1969, inspired by her work with people who were terminally ill.

The 5-stage process is not so much a process that you can follow, but rather a process to understand where a person is in their experience of grief or change.

The work of Elisabeth Kubler-Ross is remembered and continues through the Kubler-Ross Foundation.

Strategy and the Kubler-Ross Change Curve

For thinking about strategy, the Kubler-Ross Change Curve is useful as a predictor of what might happen in the face of change. It is useful and necessary to frameworks like this in plans for strategic changes.

While strategic changes might not be so emotional as depicted in the Kubler-Ross curve, there are instances where that could be the case.

Strategists need to be mindful of the impact of change and plan implementation accordingly. Strategic initiatives that might consider this include:

The effect of changes on people is a critical implementation impact that strategists need to consider.

The human emotional side of change is a critical consideration for project managers.

Projects are all about changes of some sort. It is most important to known how to handle change at different points in the change process. The Kubler-Ross Change Curve can provide some guidance for this as change initiatives are executed.

Often project managers take a very rational approach to solving problems and managing projects. It is probably the nature of the field, and PM’s are charged with delivering the benefits of the projects.

However, when change is involved – and it usually is to some degree – it pays to tailor your management actions to the phase of change that seems to be taking place.

Since the stages of the Kubler-Ross Change Curve are not necessarily linear, you may need to shift between the emotional and rational approaches. This may also be required in parts of the organization or with individual people. Be aware of the difference, and be prepared to shift between approaches.

Note that forward-thinking management and strategic approaches can shift the configuration of the curve so that people adapt to the change more quickly, with less pain, and at lower cost.

Advantages and Disadvantages of the Kubler-Ross Change Curve 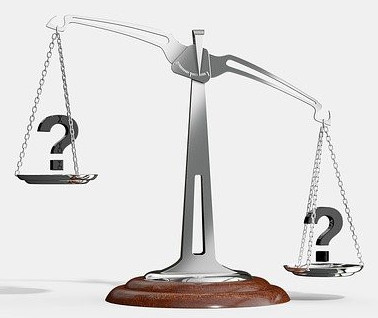 There are some strengths and shortcomings to the Kubler-Ross Change Curve as a tool. However, I find that they are manageable, if you are aware.

It is important to note that not every manager will be suited to manage optimally at every stage of change. It can be beneficial to assemble a management team with complementary skills.

Change is complicated, and the Kubler-Ross Change Model can help anyone understand the natural stages that people go through on any change journey.

Do you have a change journey that you can share, and how did the journey map to the Kubler-Ross Change Curve?

For a good video with additional perspective, see “The Change Curve” by Expert Program Management (EPM):