Strategy has always existed, but Michael Porter was the first to create a comprehensive framework for thinking about strategy. His initial framework, and those that followed, are rooted in basic economics, but they extend economics from an aggregated view of the world down to the industry and organizational level.

The following diagram illustrates the five forces that together form the composition of an industry structure.  It begins to describe the basis for competition in that industry.

Each industry has its own unique structure, and firms compete for advantage within that structure. The five forces framework is illustrated in the following diagram. 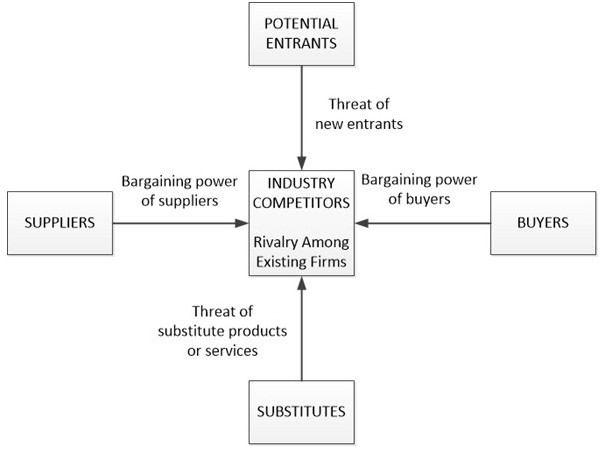 Here is what each of the five forces means:

There is a friction between each of the four outlying forces and the middle force of rivalry among industry competitors, and that friction is much of what characterizes the industry. Industry competitors are affected by the threat of new entrants, the threat of substitute products or services, the bargaining power of buyers, and the bargaining power of suppliers.

Barriers to Entry and Exit and the Five Forces 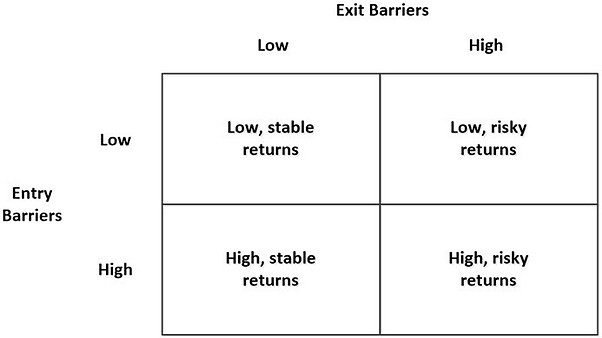 The following matrix provides a simple tool that provides some context for companies and how they position themselves in their industry with respect to the five forces. As the chart shows, competitive advantage is mapped to competitive scope. Competitive advantage is split into two approaches: striving for lower cost, or striving for differentiation from other competitors. Competitive scope is divided into two approaches: having a broad scope of activity or a narrow scope. 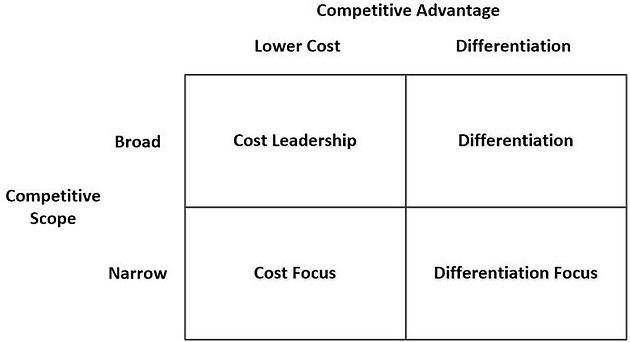 The more the project manager and team can understand the strategy and how the project maps to it, the better. Michael Porter’s five forces framework and related concepts of barriers to entry, competitive advantage, and competitive scope are helpful frameworks for thinking in terms of competitive strategy. To understand your organization’s strategy, use the framework to think carefully about the forces at work in your industry and the organization’s position within it.

In thinking about where it applies to your project, here are some approaches to consider:

This post described Michael Porter’s five forces framework and how it fits for applying strategy in project management. Although it is older than most strategic frameworks, it also is foundational and very much worth mastering and applying. It is most helpful to understand the framework, understand how it applies to your industry, and then map its outputs for your organization to the purpose of the project, and the metrics by which project success is measured.

To learn more about Michael Porter and his strategic frameworks, see the Institute for Strategy and Competitiveness at Harvard Business School.