‘Nudging’ is a technique that can drastically improve results. This post bridges the gap between the theory and practice. It looks at what Nudge Theory and Cognitive Bias are, and how you can leverage them for better performance in strategy and project management.

What Is Nudge Theory? 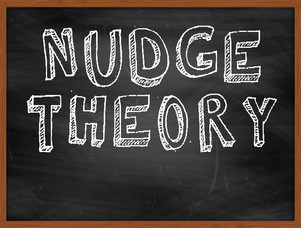 ‘Nudging’ has been around for a long time – probably dating back to the origins of human nature!

More recently, Nudge Theory has been formalized in modern times by Richard Thaler and Cass Sunstein, scholars at the University of Chicago, in their book, “Nudge: Improving Decisions About Health, Wealth, and Happiness” (2008).

Nudge Theory is a sort of ‘choice architecture’ – a way of structuring choices for people.

Here is the definition of a ‘Nudge’ in the words of Thaler and Sunstein:

“A nudge, as we will use the term, is any aspect of the choice architecture that alters people’s behavior in a predictable way without forbidding any options or significantly changing their economic incentives. To count as a mere nudge, the intervention must be easy and cheap to avoid. Nudges are not mandates. Putting fruit at eye level counts as a nudge. Banning junk food does not.”

If you have 3 minutes, watch “Richard Thaler – Nudge: an Overview” (yes that’s Richard Thaler, one of the U. of Chicago authors of the Nudge book cited above):

What are some common examples of Nudge Theory in action?

Many nudging techniques are well-intentioned, some are self-serving, and others in between. Nudging definitely requires consideration from an ethical perspective.

According to Daniel Kahneman, a Nobel Laureate, people make decisions in alignment with two simple and distinct systems:

Note that we need to exert effort to use the Reflective System. In areas where we are less familiar, we may have to fight off influences to keep the focus on rationality and our goals. However, often when facing high complexity or time constraints, we may simply revert to the Automatic System.

Note also that, once we master and understand something in the Reflective System domain, we tend to shift it over to the Automatic System for future decisions.

Nudging can be very effective when it plays on our typical cognitive weaknesses – or cognitive biases.

To make the point, let’s looks at some cognitive biases and how they can be used to nudge people in a particular direction.

Nudge theory taps into cognitive biases such as those above. It taps into an innate human characteristic that tends to favor the Automatic Systems as opposed to the Reflective System. In a sense, it is an inherent laziness, or desire to avoid extra work, that we humans possess.

Try and give your ideas a firm grounding by ‘getting them down on paper’.

There are many lessons in Nudge Theory that can apply to strategy. However, many nudging techniques are actually more tactical in nature.

These are natural things, based in part on human instincts, but also crowd psychology, personal motivation, and a host of other factors. In many ways, businesses focus on factors like this in the process of making strategic business decisions. In addition, what a business is or can be good at is an insight with strategic impact – and will tell them where to nudge.

Consider the Automatic vs Reflective Systems for making decisions from a strategic viewpoint. Consider that early in the evolution of any industry, it seems that everything is up for grabs. People are open, at that point, to be influenced. They are open to receiving information, and are willing to put in the effort to make a decision on the Reflective side.

However, once they have made that initial decision to go a particular direction, people as a whole will switch to the Automatic System. They will come to favor certain brands, develop preferred locations, and become comfortable with certain ways of doing business. Switching costs come into play.

Thinking in terms of Nudge Theory can provide strategic insights that can help achieve and benefit from things such as branding, economies of scale, and developing an effective value chain. These things can all help to build a moat that provides long term strategic advantage.

Nudge Theory provides a framework and tool set that can empower you to more effectively shape positive outcomes for projects and programs.

Pros and Cons of Nudge Theory 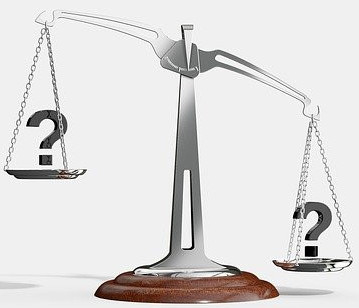 The are pros and cons to Nudge Theory – mainly related to where you can use it effectively and the scope of problems that it can solve.

Use it as a complementary technique to any formal change model, such as:

It is also important to take responsibility for ensuring that the decision is that of the individual.

This post has examined the ins and outs of Nudge Theory.

Where have – or can you – use nudges to improve outcomes in your daily work?